It can be pretty typical to keep up with the workload of your business as a small business owner. This is because so many tasks must complete for a company to succeed, and new charges arise every day.

We will discuss how Tungsten Carbide Button can help you achieve your goal.

If you want to know more about the advantages of tungsten carbide buttons, read this article!

We use tungsten buttons in hundreds of industries in a wide range of applications, including alloys, aeronautics, electronics, and the production of super-hard materials.

Tungsten Button is also regularly used to create alloys and superalloys due to its high melting point and resistance to thermal creep, making it suitable for more thermally intensive applications, where other metals would fail.

As with any pure metal's lowest thermal expansion coefficient, tungsten is more stable under extreme temperatures than common manufacturing materials (e.g., steel).It has a structural solidity that cannot be matched by other metals, making it particularly useful when rigidity is needed at high temperatures - such as in the blades of jet engine turbines.

Tungsten alloy is widely used in the electronics industry and environments involving a high level of radiation because of its conductive properties and relative inertness.

Hence, tungsten is one of the primary sources of metal for X-ray targets and another high-energy radiation shielding since the relatively inert, high-density material is difficult to penetrate by x-rays. Furthermore, tungsten metal is frequently used in electrodes, conductors, and metallic films.

As a result, tungsten can use in a wide range of corrosive environments and outdoor applications. For example, it is useful when exposure to corrosive substances is likely, such as water, acids, or solvents.

Although tungsten is a highly robust metal with the highest tensile strength of all pure metals, the material's rigidity means that it can draw into fragile wires without cracking under certain conditions.

For this application, fragile wires must heat to extremely high temperatures to emit light - and tungsten's high melting point enables this. 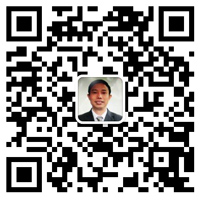